She could see through the eyes of her crows.  The mother and guardian of the hive mind of her winged family.  If she wanted she could access each and every mind for information.  Her consciousness held a thousand eyes and with them the information of the human realm, the spirit realm, any realm her birds could see.  They saw in ultraviolet and polarized vision.  Crows could see so much.  Odin in his wisdom used this ability of hers and of the crows to collect information, to sift through it and report to him.  Odin could see but the reason he could was because he had the Ravens and Crows working for him.  Without them his vision dimmed.
Most of the time she only allowed a select few of her crows vision enter into her consciousness.  Otherwise she found it difficult to navigate the human form.  Her mate was one of those strong connections she monitored.  He was in charge of their large tribe.  He oversaw conflicts and held court while she was gone.  She checked in as she was approaching her destination to see Odin in Ballard.
As she looked through her mate's eyes she saw fire.  She could feel his fear, the crows in her family were terrified.  She started loosing control of the black Mustang.
"What the Fuck!" screamed Skadi.  She could see that her Queen was somewhere else.  She knew that something bad was happening because her Queen, the strength of her tribe was ashen and looked terribly afraid and then terribly alone. Worst of all she had lost complete control over the vehicle and Skadi was sure they were going to crash into the car in front of them.
"Something's wrong!" yelled Trix.  Trix too was feeling the waves of fear wash over her mistress.  Her Queen was never afraid.  She was fearless and somewhat ruthless in her rulings.  This was bad, very bad......
Story By Alsia Soiset and copyrighted 2014. 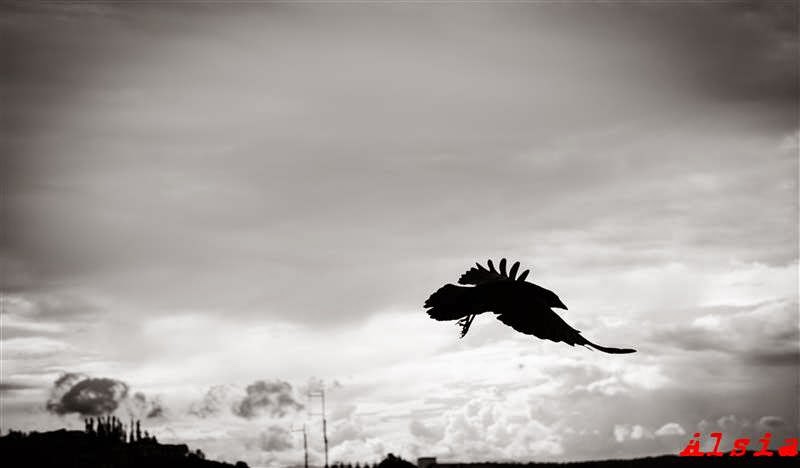